Your device is a pleasure to use, and you barely know we're there.

The following instructions will teach you how to install Bl4ck0ut 7 on your iDevice.

Download our custom firmware using the onscreen instructions and links provided on this page. Save the ipsw file to somewhere you can easily remember! (i.e Your desktop or downloads folder)

Open iReb on your computer as administrator on windows machines, or normally on Macintosh computers by double clicking it. Follow the on screen instructions in iReb which will lead you through the process of selecting your device, and holding a combination of buttons which will put your device into a state known to the community as "Pwned DFU" mode. This simply means the device will be ready to accept our custom firmware file which we have created for you. Once iReb tells you that your device is ready and in PWND DFU mode, you may then open iTunes and continue on to step #4.

Inside iTunes, you will be alerted that a device in recovery mode has been detected and that you must restore it in order to continue using it. On windows machines, hold shift while you click the restore button. On Macintosh computers, hold the ALT key while doing so. A window will appear telling you to select a file. This is when you must select our custom firmware file. Once selected, iTunes will run through the install process of Bl4ck0ut 7 onto your device. When it reboots, you are ready to use Bl4ck0ut 7!

Bl4ck0ut 7 is available for the following devices.

Released to the public one year after the iPhone 2G and advertised as "Twice as fast, half the price", this device is still alive in our hearts and thanks to custom firmware teams, our hands too! 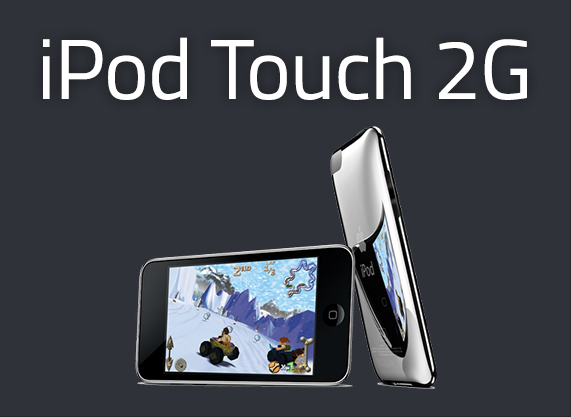 A giant leap from the previous generation, this iPod added to the table, an internal speaker to share your tunes with friends, a faster processor, a sleek new look, and even volume buttons, which we take for granted today. This device was a game changer for mobile media players, and it can still faithfully provide entertainment to you like it did all those years ago.

Bl4ck0ut 7 is available for the iPod 2G in only one flavour and can be downloaded by clicking the image above.

Below you can find some answers to common questions that you may have.

I cannot install the Bl4ck0ut 7, because of iTunes error 16XX.
This is a very common problem, and because of this, is very frustrating to us all. The reason for this error is the device rejecting the update file. This rejection is the result of iReb not correctly doing its job. To solve this, try to restart your computer, and switch USB ports. Typically, USB ports on the REAR of your computer work best, because they are connected directly to your motherboard. You may also try to use Redsn0w (any version) to put the device into PWND DFU mode. Restart your device, and check the dock connector and cable: Are you using the official Apple connector for your device? Many aftermarket cables fail after a very short service life, but may still charge your device. Try swapping cords with another you might have lying around, or ask a friend if you can borrow one.
Bl4ck0ut 7 is a zip file?
Some browsers may change the extension of our ipsw to a .zip file. Simply right click and rename the file extension to .ipsw (EXAMPLE me.zip → me.ipsw)
But that firmware is faster!
Since we are all part of the same jailbreak community, we can tell you that Whited00r is a great custom firmware packed full of great features aimed at mimicking new iOS versions. We are a young team, and also we are working on iOS 4 which is much heavier on resources than iPhone OS 3. We have less to work with, so a strategy has been developed to offer the most fluent experience on your device, We focus less on tricks and superfluous eye candy, and more on the actual end result.


Any other questions you may have, may be submitted to our support email by filling out the form below.

Have a question? Use the form below to drop us an email for any question you might have.

We've had a great run, but all good things come to an end at some point. This is our time unfortunately. It has truly a privilege to have you along with us on this epic roller coaster! We've gone some tremendous heights and had some unfortunate falls. We've had some of the craziest loops and some of the most wicked twists and turns. It's been a fun ride but here's where the ride comes to an end.

The past year has clearly been sad for the Bl4ck0ut Project. We let spam run wild all over the forums and had stopped development. The team and I have been involved with our own lives and didn't put in time to the community like you all deserved. Honestly, we had some of the best users of any forum! Everyone was so patient with us and contributed despite the lack of development from our end. We would not have made it close to where we are now without the help of our amazing community, so from the bottom of our hearts, we thank each and every one of you!

This doesn't have to be a sad thing however, let's all remember the great times we had during our ride!

The launch of some of our firmwares have been incredibly successful! Let's take the launch for Bl4ck0ut 6.1.3 for instance, we had thousands of downloads and it was probably the most stable version of our firmware. If you were to use that version today, it would make a world of a difference compared to stock!

Of course we can't forget Bl4ck0ut 7, our biggest development feat to date! With several iterations and public beta builds, this was an open firmware, tested and iterated completely based on community feedback. With the many iterations and versions across all devices, there were upwards of 10,000 downloads of the custom firmware! It was featured on several blogs and was the peak of the Bl4ck0ut Project!

Also, here are a few tidbits of interesting information we have gathered over the lifespan of Bl4ck0ut. During the beginning of our peak back in the middle of 2013, we generated over 1.75 million hits in the month of August. This was back when we released our first beta release of Bl4ck0ut 7 and we were heavily in development. To break down that mind-blowing number, there were about 50,000 unique visitors and over a million unique page views! I don't know about you, but those are some insane numbers!! In fact, because of such traffic, we were forced to switch web hosts from Hawk Host to MediaTemple as we were using several dozen gigabytes of bandwidth! Luckily, MediaTemple had us covered with more than enough bandwidth than we needed.

What a ride, ehh?! I know this is the end of Bl4ck0ut, but this is just the beginning for the team! Want to know what we're up to? Find our social links on this page! Now we're interested in what you guys are up to! Feel free to contact us individually or all at once!

Sorry, due to the death of Bl4ck0ut, we have removed downloads...